The science of Immuno Oncology is rapidly evolving and increasing in its complexity. The Gradalis Scientific Advisory Board (SAB) was formed to provide guidance to the Gradalis leadership team on scientific and clinical matters. 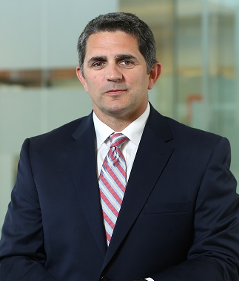 Rodney P. Rocconi, M.D., joined Mitchell Cancer Institute (MCI) as a physician-scientist in the Gynecologic Oncology Service in 2007. He was the first MCI Abraham A. Mitchell Cancer Research Scholar.

He specializes in the management of cancers of the ovary, uterus, cervix and lower genital tract.  As the Associate Director for Clinical Research, Dr. Rocconi provides leadership and medical expertise to the clinical trials department, reviews and designs clinical research protocols, evaluates safety and efficacy data, analyzes and summarizes data for presentation to regulatory agencies, and provides strategic guidance on non-regulatory clinical trial plans. 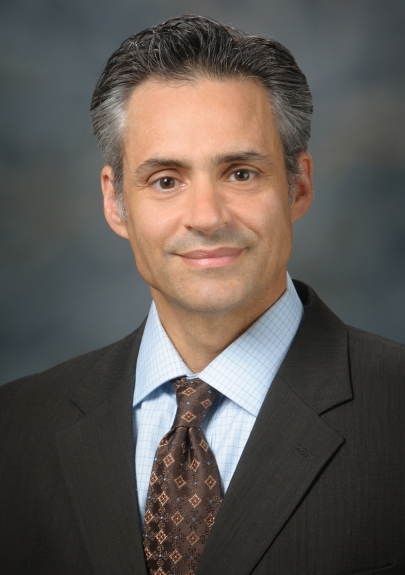 Dr. Coleman’s research interests include drug discovery and novel therapeutics for ovarian, uterine, and cervical cancer, clinical trial development and statistical design. He serves as the institution’s Gynecologic Oncology Group (GOG) principal investigator (PI), serves on the NRG’s (formerly the Gynecologic Oncology Group) Ovarian and Developmental Therapeutics Committees, and is PI or co-PI for several GOG prospective clinical trials. He currently is a co-project leader for the MDACC Ovarian SPORE, the MDACC UterineSPORE, the Ovarian Cancer Research Fund, and the Marcus Foundation, each of which is sponsoring novel therapeutics trials in gynecologic cancers. He also serves as Physician Champion and PI for a new human therapeutic leveraging nanoparticle delivery of gene silencing non-coding RNA (siRNA). He has developed a mentoring program for junior investigator clinical trialists. 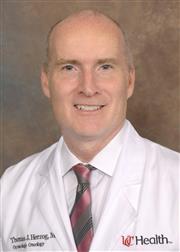 Herzog is a National Institutes of Health- and American CancerSociety-funded researcher with over 200 published manuscripts. He’s also been a member of a number of national professional societies including the American College of Surgeons, for which he is also on the elected board of governors, the American Board of Obstetrics and Gynecology and the American Society for Colposcopy and Cervical Pathology, among others. Herzog is also editor-in-chief of the journal Gynecologic Oncology Research and Practice in addition to being the editor and on the editorial boards for a number of other peer-reviewed journals. 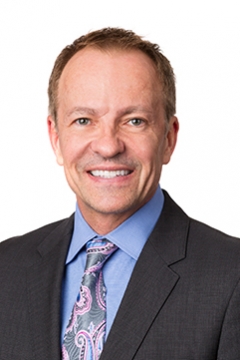 Dr. Monk was then appointed Director and Professor in the Division of Gynecologic Oncology, Department of Obstetrics and Gynecology, Creighton University School of Medicine at St. Joseph’s Hospital and Medical Center in Phoenix, AZ.  In 2016, he became a member of Arizona Oncology and part of the US Oncology Network and continues to practice in Phoenix.

Most recently, he has been appointed the US Oncology Medical Director of Gynecologic Oncology Research.  Dr. Monk is also a Professor on the Clinical Scholar Track at the University of Arizona College of Medicine–Phoenix and works at Arizona Oncology (US Oncology Network). He has been named one of Arizona’s “Top Doctors” by PHOENIX magazine 5 years in a row beginning in 2012.

Dr. Monk’s research interests include the prevention and treatment of gynecologic cancers. He was the first to report the activity of anti-vascular growth factor (VEGF) therapy in ovarian cancer and his papers in the New England Journal of Medicine led to the global approval of anti-VEGF therapy and PARP inhibitors in recurrent ovarian and cervical cancers in 2014.

He was also the lead author on the pivotal trial of trabectedin in recurrent ovarian cancer as well as many other studies that have met their primary endpoints. Dr. Monk was also awarded the highly prestigious Ernst Wertheim Award for his research in cervical cancer and is on the Board of Directors for the GOG Foundation, Inc. and is the Cervical Cancer Chair for for the Gynecologic Cancer Intergroup (GCIG). He is past President of the WesternAssociation of Gynecologic Oncologists (WAGO) and current co-director for the GOG Research Consortium (GOG-Partners).

Dr. Monk is a fellow of the American College of Surgeons (ACS), the American College of Obstetricians and Gynecologists (ACOG) and the American Society for Colposcopy and Cervical Pathology (ASCCP), as well as being an active member of the Society of Gynecologic Oncology (SGO), American Society of Clinical Oncology (ASCO) and other professional organizations. He has authored more than 300 peer-reviewed articles along with 31 book chapters dealing predominantly with the prevention and chemotherapy of gynecologic malignancies and patient quality of life.

See how we can help